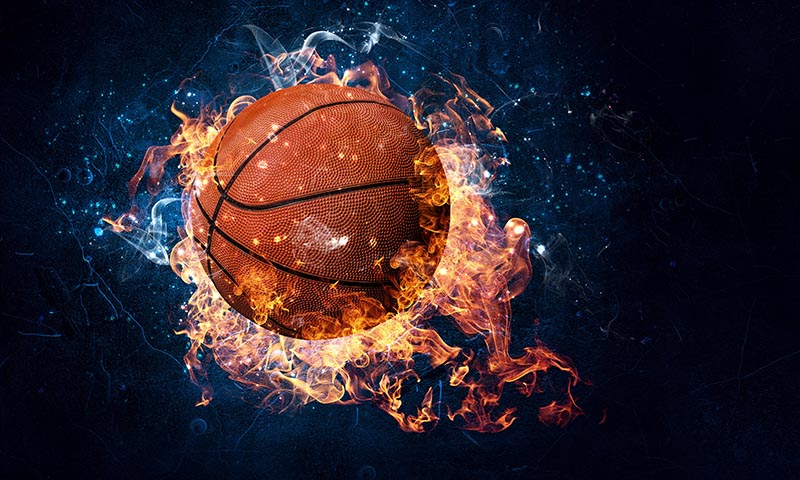 When it comes to cutting the cord, there is one argument above all others that keeps many people attached to their cable TV service: live sports. There are plenty of ways to watch fictional and reality TV shows – from Hulu to Netflix to HBO Now to name a few – but live sports are a different matter.

There are options though, and if you are a basketball fan, you are in luck.

There are several ways to watch both college and professional basketball on your TV, computer, and/or mobile devices without the need for a cable TV subscription. Some are free, others will cost you, but you have options.

Check out our list below featuring a handful of ways to watch basketball online, and if you are interested in cutting the cord, here’s one more reason to do so.

You can also check out our guide on how to watch football online HERE.

College Sports Live is a paid service with a monthly subscription fee, but if you are a fan of college basketball (and college sports in general) it may be a bargain.

The service runs $9.95 per month, and for that money you gain access to sporting events from 77 Division 1 schools. There are a few notable schools missing, but if you are a fan of a school with a major athletics program, then this might be a great way to stay connected to your team.

Along with basketball, football, baseball, and a handful of other sporting events, you also gain access to behind-the-scenes coverage, including individual team analysis and interviews with the coaches. Some of the content is free, and you can watch or listen to it on a computer or mobile device thanks to an app.

The Watch ESPN app/website, known as ESPN3, has a whole lot of sports programming – including basketball. In fact, when it comes to college basketball, you probably won’t find a better single source. It also airs NBA games, although it excels at college.

At any given time you can jump on to ESPN3 and probably find a live game – at least during the late afternoon and evening when games are traditionally played. If there are no live games at the time, there is a huge library of recently played games available as replays. That alone makes this an app/platform worth having for any sports fan.

There is, of course, a catch.

To access the full library of ESPN coverage, you’ll need to have an existing cable TV subscription, and more than that, it needs to be with a “preferred” provider. If you don’t have a subscription (which cord-cutters won’t), you will still have access to a lot of content, including highlights, interviews, and discussions.

If you are a cord cutter, digital antennas are a great way to still get plenty of TV without paying anything extra (beyond the cost of the antenna itself). Different areas offer different reception, but you can check to see what you can receive by entering your zip code at this site.

CBS has the rights to college basketball, while ABC airs plenty of NBA games. With a solid HD antenna in a populated area, you should be able to receive both at no cost.

For a one time payment of $199.99 (or five payments of $44.99), you can watch every game from every team. You can stream four games at once, and watch the games on multiple devices – including devices that connect to your TV or mobile devices that let you watch games on the go.

The obvious downside is the price. If you are an NBA fan and you are already paying for a cable TV subscription though, then in the long run you will still be saving money if you cut the cord and and sign up for this service.

As the name suggests, this one is specific to the NCAA college basketball March Madness tournament. When the tournament does come around, this app (and website) will air all 67 games. There are a few catches though.

All of the games airing on CBS will be available at no cost. The truTV games will require a cable login, but the TBS and TNT games will also be streamed on their own websites. You may miss a game or two, but you’ll still be able to see a whole lot of games on a variety of devices, ranging from tablets to smartphones to computers.

If the NBA is your jam, then you should go ahead and bookmark the TNT Overtime page. The site airs multiple games throughout the year, and you’ll also get all the pre, half, and post-game coverage you would see on TNT.

The only downside is that you are limited to the games that TNT elects to air, but that’s no different than the limitations of watching the game on TNT itself. There is also an app that will allow you to watch games on the go. You can even join in discussions and participate in polls on things like who the best player of the game you are watching is.

This is a must watch site for all NBA fans, not just those looking for a watch to watch basketball online. It’s also another great argument for cutting the cord.

Looking for Wi-Fi event coverage in Portland? We’ve got you covered and here’s how it works

Support Tip: Does turning it off and on really help?