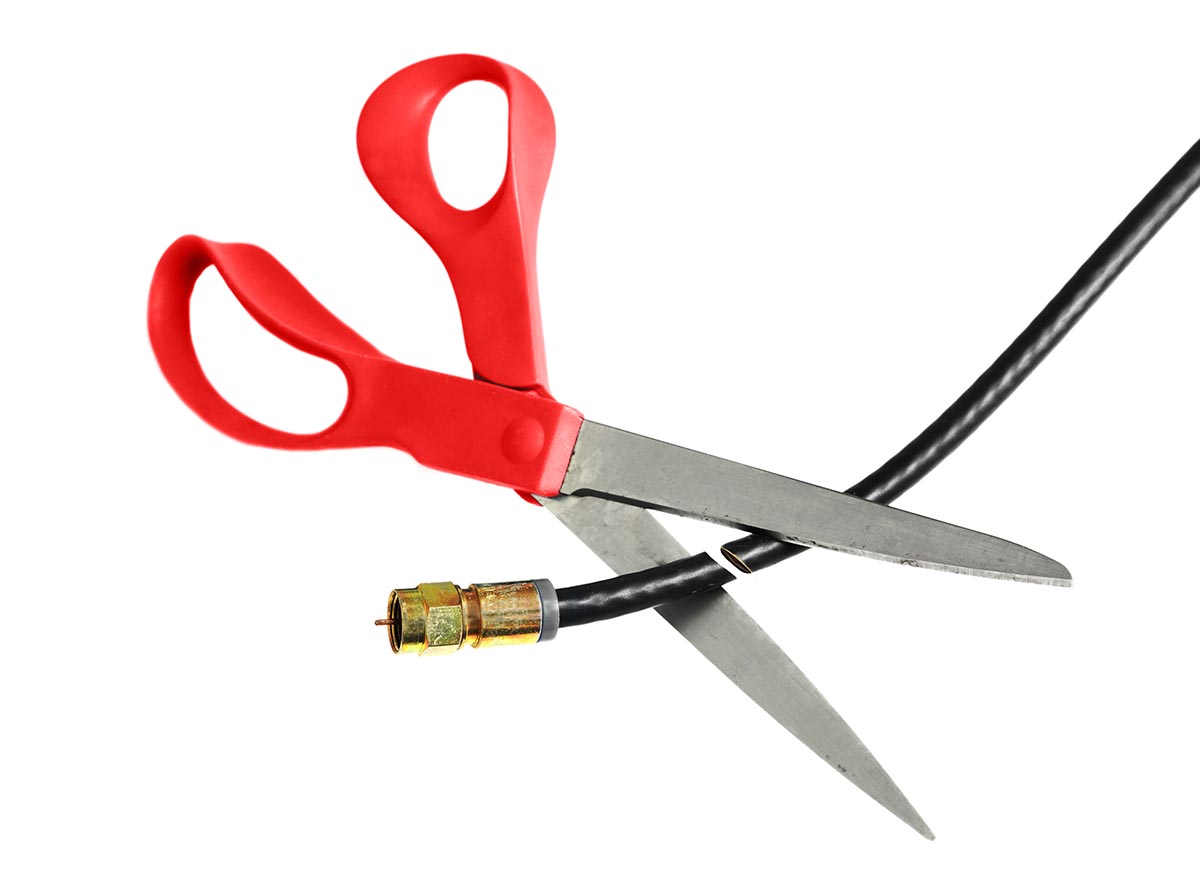 A common question we receive here at Stephouse is whether or not we provide any TV packages. We don’t, but that doesn’t mean you can’t watch your favorite programs using our service. Far from it. You just need the right equipment, and you can easily watch TV without cable.

Cord cutting is a trend that is only going to increase. Millennials are ahead of the curve on that front, with 24-percent, or one in four people between the ages of 18 to 34 having already cut the cord, opting instead to watch TV without cable though one of several means.

According to a recent study, 71.7-percent of the people that cut the cord did so because they weren’t satisfied with their cable and satellite TV service. The majority of these people aren’t leaving behind TV programming, they’re just finding new ways to consume it without having to deal with the companies they don’t like.

That’s an alarming trend for TV providers, and as that audience grows, more and more manufacturers are introducing devices that cater to that crowd.

With that in mind, if you are looking to cut the cord but don’t know where to start, we have a few tips on choosing one of the many devices designed to stream media, allowing you to watch TV without cable satellite TV service.

Many modern TVs have ports specifically designed to accept cables from older video cards in a computer, and most newer graphics cards generally have HDMI ports. It’s easy to connect a computer to a TV, and once you do, you can then turn your living room TV into a monitor. You may still want to use a smaller, more intimate monitor for work and the like, but all you need is a cable long enough to connect the two and you have a new way to consume media.

You can even have the computer in another room – just make sure the keyboard and mouse are communicating with the computer on a frequency that can work over the distance. Bluetooth is a good method, although there are plenty of others.

Once the TV is connected to the computer, simply change your display settings so that the new “monitor” is either mirroring the original, or if you prefer set it as an extended view.

Doing this not only lets you stream any content to your TV through your computer, but it also allows you to play stored videos, surf the web, and even do work related things like video conferencing all while on your couch. Add devices like a Blu-Ray drive and an optical output on an audio card that connects to a receiver, and your computer can become an all-in-one device for work and play.

Both the PlayStation 4 and Xbox One are designed to do far more than just play games. They both have several apps, can play files, and both continue to add new multimedia options all the time. For many, the games are just an added bonus. Nintendo’s Wii U also has some multimedia functionality, but unlike the others it is designed primarily as a gaming device with other features introduced later.

If you are looking to ditch your cable box, the current gaming consoles are a solid alternative. They both come with apps like Netflix, Hulu, and YouTube, and each system is fighting to add new content all the time. That includes news, fitness, anime, and a few other ways to watch TV without cable or satellite.

The Xbox even has sports through an ESPN app (although you need a cable TV subscription to access all the content, which somewhat defeats the purpose).

Above all, both systems are designed to be easy to use, and they don’t have too many system errors – at least none that require anything more complex than a reboot.

The big drawback about these devices is the price. If all you want is something to provide multimedia content, there are much cheaper options. If the ease and functionality of the consoles still appeals to you though, check out an older PlayStation 3 or Xbox 360. With the new consoles gaining in popularity, the older systems can be purchased for a steal.

As the cord cutting community increases, there are more and more devices on the way that are designed specifically to provide ways to watch TV without cable content without a TV package. The most well known of these are AppleTV, Amazon’s Fire Stick, and Google’s Chromecast, but they are far from alone.

These devices offer a handful of apps that stream content from the Internet. You typically connect them through an HDMI connection, and they connect online through Wi-Fi. Each device has a few unique apps, but they all offer the major services like Netflix and the like.

One of the biggest advantages of these devices are the cost. They can range from $30 to $100, based on the features you want. Most of them are also easy to transport, which also makes them ideal for people that travel frequently.

These devices are simple and easy ways to cut the cord.

There are already several streaming media services like Amazon Prime, Hulu, and Netflix, and there are several more on the way. One of the biggest is HBO, which recently introduced HBO Now, a standalone service. Like the others, you simply pay a monthly fee – similar to what you’d pay for HBO in a cable TV package.

The service itself is a great source of content, but more importantly is what it represents. HBO has been a lynchpin of cable and satellite providers, and now that the studio has begun to offer a way for people to watch that content online, others may follow.

Cord cutting isn’t a fad, this is the way things are going. Networks with enough content to justify their own service will likely offer their own apps sooner or later. And it’s not just existing media providers. Organizations like sporting bodies are even getting in on the act and offering their own platforms so you can pick and choose what games to watch.

People are cutting the cord at an exponential rate and focusing on their Internet packages. If you are thinking about following suit, now is a good time to do so.

Tips for setting up a home office

Yes, you can use multiple devices with Stephouse Networks.