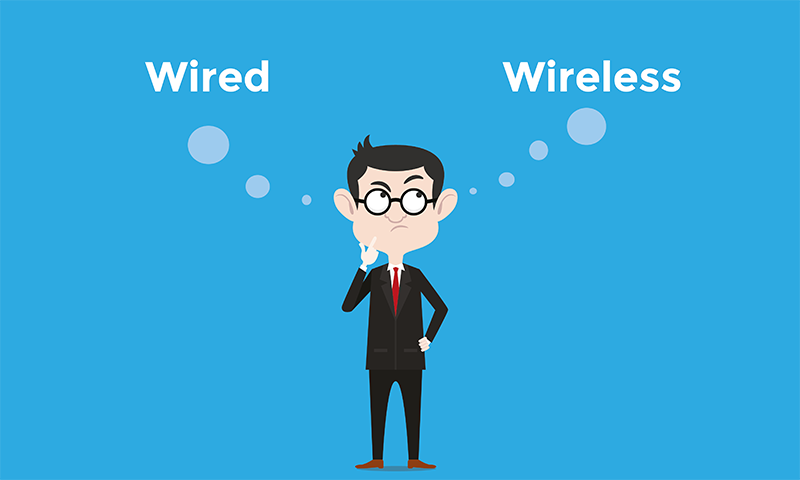 It wouldn’t be a normal day at the office if we didn’t receive at least one call or email that asks if our wireless Internet service is similar to satellite or cellular internet service. It’s an understandable question, but very further from fact.

Our service is actually less like those two and much more like the traditional wired providers like cable or DSL. Instead of a physical wire delivering service from one point to another, Stephouse Networks uses point-to-point wireless link over a regulated wave frequency.

Technically, Stephouse Networks is a wireless Internet service provider (WISP). This means that our infrastructure is largely built off of wireless links that connect through line of site. We deploy our service wirelessly from one of our many towers to a receiver that we typically install on-site at the customer’s location – you can read more about how our technology works on our “How It Works” page.

Compared with other types of internet services providers (ISPs), fewer people know about, or understand, how WISPS work.

There are some misconceptions out there about the technology that powers Stephouse Networks’ Internet service, so we thought that we’d address a few of the more common myths about wireless Internet.

Does the rain affect your service?

“Rain fade” is the phenomenon where rain in the atmosphere eats up radio frequency. During times of heavy rain, snow, and fog, this can affect the quality of any kind of service that relies on radio frequency, including: wireless, satellite, and cellular services.

It’s not surprising that when some people hear that our services are built on wireless technologies, they become concerned that it’s affected by poor weather. Living in the Pacific Northwest, we completely understand that fear. After all, with grey skies and drizzle hitting us for the majority of the year, it’s not surprising that people are concerned about how weather affects their Internet.

Fortunately, you don’t have to worry about this with Stephouse Networks. Bad weather doesn’t affect our service.

Stephouse Networks’ Internet services operate on frequencies that don’t run into problems caused by rain or snow. In the rare cases that we have equipment that operates on those frequencies that are sensitive to the weather, we deploy them in strategic ways that account for the technology’s limitations.

Most people know how important it is to secure their Wi-Fi networks. In our guide to securing and optimizing Wi-Fi at home, we mention that one survey found that over 30-percent of people polled admitted that they’d stolen Wi-Fi from a neighbor.

Given that shocking statistic, it’s unsurprising that many people are worried about wireless Internet that in theory anyone can connect to.

Any wireless network worth its money won’t treat their network like some kind of open public cafe Wi-Fi. Stephouse Networks is aware of wireless security concerns. We protect our network with many layers of security to assure that breaking into our service isn’t as easy as looking for an unlocked Wi-Fi network.

In an earlier blog post of ours, we covered different types of internet services, from cable to DSL to cellular. While both cellular and satellite internet both work wirelessly, the underlying technologies are a little different.

By the same token, some people think that our service is like a mobile Wi-Fi hotspot. Again, while the idea is similar, the implementation and technologies are miles apart.

It’s understandable that with all of the quick-developing technologies out there, that there’d be questions and misunderstandings about the technology that we utilize.

With that being said, we’re more than happy to answer any questions you might have about the technologies that we use or our services in general.

The point isn’t to discount other forms of internet service, but to understand the differences and to help you identify which may be right for you.

How to watch basketball online without cable TV